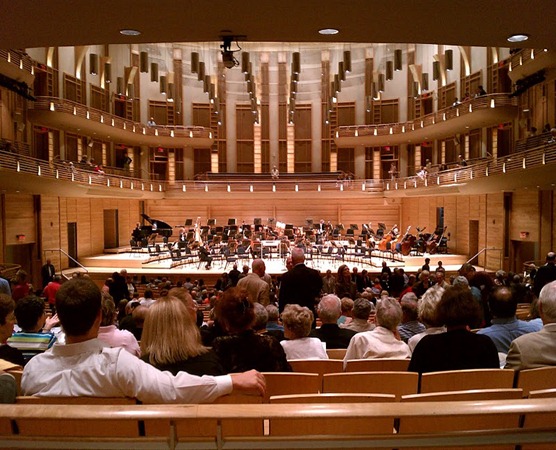 Last night, I attended a wonderful concert at the Strathmore Music Center. Marin Alsop led the BSO in a sampler concert featuring excerpts of works that will be played during the forthcoming 2011-12 season. Highlights for me included a sublime Afternoon of a Faun by Debussy. Alsop provided informative program notes before each piece and pointed out the scandalous for the time “Devil’s Triad” of notes. I was also thrilled to hear the powerful Thus Sprach Zarathustra also known as the theme from the Stanley Kubrick movie 2001 A Space Odyssey. The opening Fanfare for the Common Man by Copland was very powerful and moving as was his theme from Appalachian Spring. Is there any more quintessential American Music?

The BSO under Ms. Alsop’s direction was in top form and based on the smiles on their faces seemed to be thoroughly enjoying themselves!
Posted by Chris at 12:04 PM