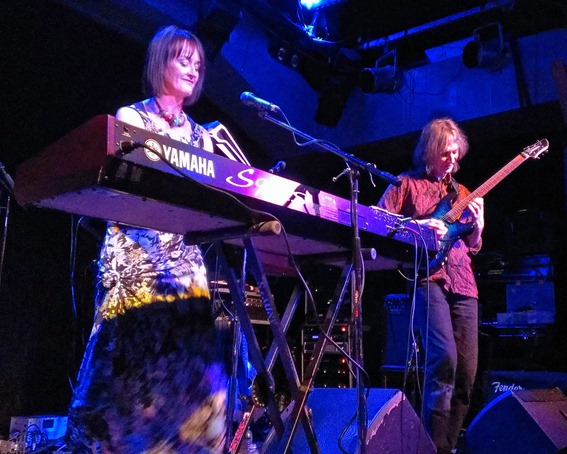 The Celtic Progressive Rock Christian band Iona has been together for over two decades but their visits to the greater United States have been rare. This drought was relieved on Monday night with a triumphant concert at Jammin’ Java in Northern Virginia.

The two original members Joanne Hogg (vocals, guitar, keyboards) and Dave Bainbridge (guitar, keyboards, bouzouki) were supported by Martin Nolan (Uilleann pipes, Whistles, Flutes), Phil Barker (Bass) and Frank Van Essen (Drums, Vocals, Violin). Despite a long drive from Massachusetts, the band was in high spirits and seemed to relish playing for the enthusiastic fans that were well versed in the band’s music.

Joanne provided a running commentary on the history and background of each song which provided depth and understanding to their origins. Much of the two sets featured music from their latest 2011 release Another Realm which really came to life in the live context. 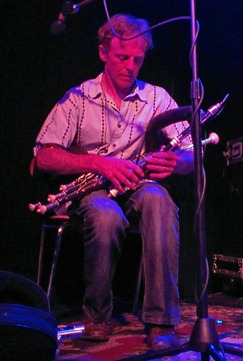 A signature sound of Iona is the amazing unison playing of Martin’s uilleann pipes and Dave’s electric guitar. The synergy that this creates is utterly unique and incredibly evocative. This was showcased most effectively in the encore instrumental song Flight of the Wild Goose where Martin and Dave were able to stretch their musical muscles to glorious effect! I commented to Martin afterward about how hard this level of playing must be to achieve and he agreed that it was quite a challenge since it was not the usual role of the uilleann pipes.

In many ways, Iona is the musical marriage between Dave Bainbridge’s unbridled musical imagination and prodigious guitar and and keyboard chops and the strong powerful voice of Joanne Hogg. Dave’s equipment occupied a good quarter of the stage with his tower of keyboards, computers, guitar synths, and effects racks. The amount of sound variety that this man can conjure is jaw dropping! A reference was made to his influences of Yes and Genesis and it is clear he learned those lessons very well indeed.

Phil Barker provided unwavering and exceptionally fluid Bass that continually propelled the band forward. Dave Van Essen was rock solid in his percussion and provided just the right flourishes to complement the music.

Frankly, the merging of Celtic and Progressive Music, and Christian spiritualism, is an explosive combination. I can think of only one other band, Clannad, that so successfully combines these elements. With Iona, musically it just doesn’t get much better than this! What a great evening. My thanks to Iona and Jammin’ Java for this rare event. 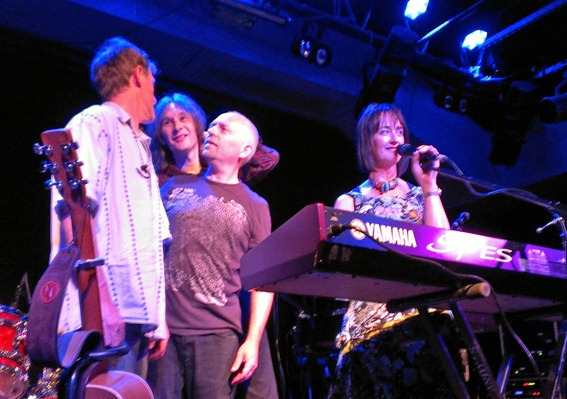