This article about a former fellow Softie showed up in my inbox today. In fact, we were in MS101 together. I dare say he always viewed me with a bit of suspicion. I always seem to be on the outside looking in. MSFT is not a place for contrary thinkers. You have to drink the coolaid regularly to keep in sync. Interesting how now he's the MS Linux point man. I could take a few potshots but I'll refrain for now. All I will say is MSFT certainly resembles the government in Orwell's 1984 - constantly shifting who the enemies and friendlies are. It would appear things are quite a bit different now that Options are history.
Posted by Chris at 11:58 AM No comments:

Recently finished reading William Gibson's Pattern Recognition. I very much enjoyed this book. I've collected a bunch of his books but this was the first that I have gotten around to reading. I think I was particularly intrigued with the book because it takes place in part in London very near to where I lived (Notting Hill) when I was very young. In addition, I liked the very contemporary Net allusions and references to interesting artists such as Ryuichi Sakamoto.
Speaking of London. Here's a fun picture I recently received: 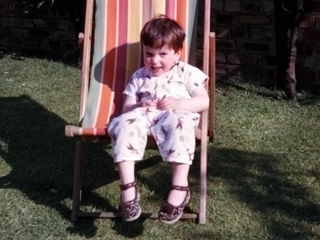 Ok, here's another variation created by running the picture through the Dreamy Photo plugin. I may like this better? 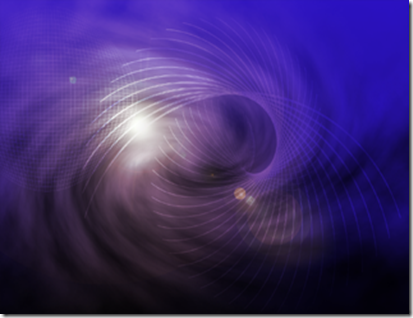 Playing with Photoshop today and some shapes I downloaded. Came up with this rather "spacey" or "sci-fi" looking picture. Makes a nice wallpaper. Maybe I'll post on Deskmod. I'll have to play with this some more. Fun! 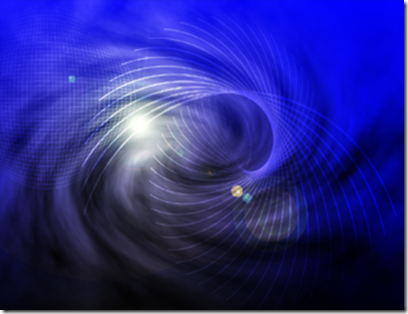 On Wednesday, I attended another great and free concert at the Kennedy Center Millenium Stage. On tap was a return performance by the fabulous Irish band Lunasa. This has to be one of the best Celtic bands working today. I snagged front row seats and had a blast! Read a review here (scroll to bottom of page).
Posted by Chris at 10:44 AM No comments:

Email ThisBlogThis!Share to TwitterShare to FacebookShare to Pinterest
Interesting article about how Microsoft should bite the bullet and just build antivirus software into Windows. I think the article makes very good points. I've always felt that antivirus was a tax on the enduser that was poorly implemented in most cases. I've looked at many of these packages and they all have fatal flaws that make the cure worse than the problem. I actually do not run an antivirus package in realtime as the impact on performance is far too high - not to mention other glitches. For example, I recently installed a free copy of Platinum 7 from Panda Software which came with a free year of signature updates. After going through the faulty and laborious registration process I proceeded to test drive the realtime Mail and File monitoring features. Well, immediately I noticed I was having problems downloading my POP3 mail. It became obvious that the Panda Software was the culprit and I disabled all realtime features. I'm sure Panda Software has some excuse but in my book this is ridiculous! As with all other antivirus software, it also noticeably dragged down the performance of my system.

I've been computing on PCs for approximately 20 years and have never been infected by a virus. I do periodically run an on demand virus check but my main defences are common sense, my hardware firewall (NAT), and keeping all systems up to date with Windows security updates. One good feature is the free online antivirus test that Panda Software offers at their web site. For many people that practice sensible computing this is probably all that is needed. Essentially, antivirus software is a joke.
Posted by Chris at 10:40 AM No comments:

Another hot Saturday afternoon. Today I decided to install the recently arrived Antec TruePower quiet power supply and another Zalman Flower fan on my upstairs system. The install went smoothly and I am up and running. Initial tests indicate I am running at least 10°c cooler with this solution. This should bode well for system stability and longevity.

Catching up on some software updates.

I continue to tweak my NeroCDC program. So far I haven't had any feedback. Admittedly, it is rather specialized. Now that I've reawakened my Pascal skills I keep thinking of things to add. I am contemplating adding another "mode" that would allow the program to write data in a tabbed delimited format that would be useful in a Desktop pub program. The track data would slot right into an existing table layout. This would entail adding a listbox to select the mode and then inserting an alternative CD info routine that would layout the data in a tabbed format. Also thinking of changing the file to save to the desktop to facilitate locating or renaming, etc. Looks like I'll be tweaking this one for a while!
Posted by Chris at 7:04 PM No comments:

Forgot to mention that I also upload another new song to AcidPlanet. This one is called Serengeti and I think it is one of the better things I've done. All done in Acid and I played all the sounds. Check it out!
Posted by Chris at 2:11 PM No comments:

Email ThisBlogThis!Share to TwitterShare to FacebookShare to Pinterest
Lots going on in the past week.

Last Sunday, I got a call at the beach from my neighbor informing me that a storm had knocked over my favorite tree in my front yard. It was a beautiful sugar maple and I will sorely miss it. It was very healthy. It was odd in that it made a clean break at the base. I contacted my nephew who has his own landscape business and he was able to clear the debris from neighbor's driveway. Amazingly, a few days later a team of county trucks and workers showed up and cleared all the remaining debris and the main trunk. Now all that remains is a hole that I will fill with a new tree.

Lots to catch up on since returning from the beach last Tuesday.

Since the weather has become warm, I've noticed that my upstairs PC gets rather warm despite the addition of an exhaust fan. I've had good luck with the Zalman CPU flower cooler products so I ordered another one plus a quiet Antec power supply to see if I can get the system a bit cooler and quieter. It seems that the AMD 2100 I have starts to get flaky if it reaches 65� c.

I wanted to do some slide scanning so I decided to hook up my Minolta Dimage Scan II USB. This was a refurb unit I bought about a year ago. It was DOA on arrival. I sent it to Minolta for repair. I had not used it much since it was returned. Again it is DOA. This was a purchase mistake. I literally threw it into the trash. I got on the web and ordered a Minolta Dimage Scan III USB from Buy.com. This unit is USB 2.0 so it should be noticeably quicker. I'm wedded to the Dimage line because I purchased the auxiliary APS mechanism ($80) and I would like to continue to use this accessory. This one better work!

I've been using Nero's Cover Designer lately. It has some odd quirks which I attribute to its Germanic origin but it works pretty well. One quirk is it can import CD layout data but only if the text file is a proprietary format ending in a CDC extension. This file is only created when using the Nero Burning Rom and launching the Cover Designer from there. Unfortunately, I wanted to read the CD contents from previously burned CDs. It was a slow process to read in the contents of the CD into the Burning Rom and then launch the Cover Designer. It also didn't work well if there were multiple discs. I embarked on a Google search to find a program that would write a properly formatted file in the Nero CDC format. Well, after many searches and reading other people's comments about the same problem I did not find anything that directly addressed the problem.

So, I decided that I should write a utility that would address this odd shortcoming. How hard could this be? Well, It's been about ten years since I did any programming so I am very rusty. Nonetheless, I had installed and kept current a copy of the free Delphi 6 IDE. I've always loved Pascal and the Borland environment.

After searching the Delphi news groups via Google, I started to grasp the fundamentals of what was needed. Thankfully, Delphi includes VCL component files that package all the functionality that is needed. Specifically, the TMediaPlayer component was the key to unlocking this project. After a slow start and cutting and pasting a lot of sample code, I was able to cobble together NeroCDC which may now be downloaded from my website. You can read more in my announcement. It is modestly robust and has all the functionality that I originally envisioned. It writes both to a file and copies to the clipboard. The resulting file seems to import flawlessly into Nero's Cover Designer. Mission accomplished!

This modest success at programming makes me think that maybe I can knock off the occasional utility now and then. Delphi definitely makes it very easy.
Posted by Chris at 1:56 PM 2 comments:

Still at the beach. It is very hot and humid. Continuing to read William Gibson's latest - Pattern Recognition. So far, I'm enjoying it. It's starting to remind me of the Wim Wender's film Until the End of the World. The globetrotting and video footage in the novel have a Wenderian feel. I sure wish that somehow the full 5 hour version of Until the End of the World would get released on DVD. There have been rumours but so far no concrete results.
Posted by Chris at 10:47 PM No comments:

Once again back at beach. Weather very rainy yesterday. Seems to have cleared somewhat today. I have just finished Michael Crichton's Timeline. Very enjoyable as usual. I see the movie is not coming out until November. Just started William Gibson's Pattern Recognition. Reading novels is becoming quite the habit! When I get back home, I plan to pick up the new James Gleick bio of Iassic Newton and of course the new Harry Potter.
Posted by Chris at 10:51 AM No comments: