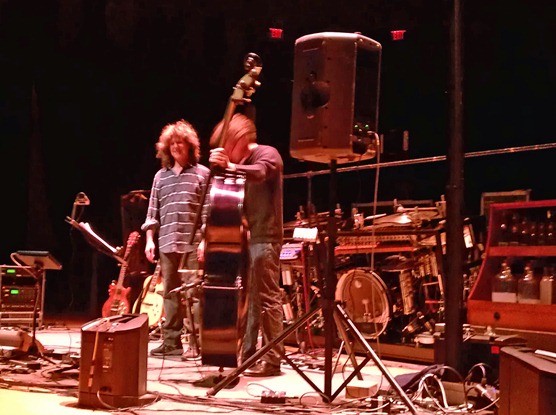 Just a year after the amazing Orchestrion tour, Pat Metheny returned to the Strathmore Music Center in Bethesda, Maryland for a fantastic evening of music featuring Larry Grenadier on Bass.

The evening began with a series of Guitar/Bass duets covering a wide swath of Metheny originals including Sirabhorn, Question and Answer, and James. Pat and Larry had an electric synergy that was captivating to watch. Pat then gave some opening remarks which led to some acoustic guitar and bass duets. Larry left the stage and Pat launched Into the Dream featuring his Pikasso harp guitar. This was a real crowd pleaser.

Larry returned to the stage and Pat initiated a series of loops using his midi equipped Ibanez guitar. This abstract space jam with Larry providing bowed bass effects eventually blossomed into the “mini-me” Orchestrion setup that had been hiding behind a curtain for the entire concert. Pat added layer upon layer of loops to trigger the midi accordion, glass harmonica, drums, and glockenspiel to create a full working band to accompany Larry and Pat. Having seen the full Orchestrion show just a year earlier, I was thrilled at the spectacle once again!

Pat and Larry returned for two encores and completed the show on a high note.

I first saw Pat Metheny with his original Quartet in the late 1970’s at the famous Cellar Door club in Georgetown (Washington, DC). I have seen nearly every incarnation since. It is wonderful after all this time that Pat can still hold an audience in rapt attention. 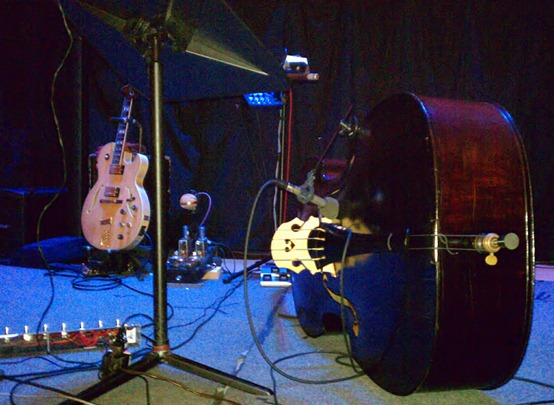 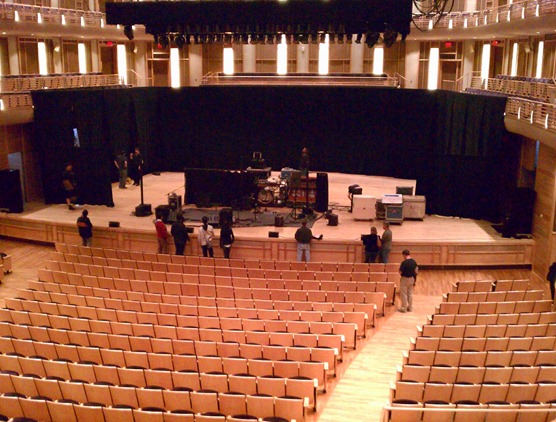 Cheers! Many thanks for the review. Ted F