I'm not a heavy user of printing but when I do print documents I like them to look their best.

I do have several laser and inkjet printers that I use for various purposes. 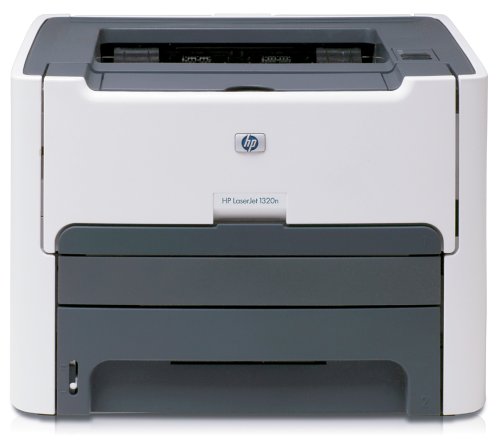 My workhorse printer is a HP 1320 laserjet printer. Amazingly, this printer was released in 2004 but 14 years later it is still working great. With cheap large capacity toner cartridges available from Amazon, its cost per page is very low. I do remember upgrading its memory years ago but that's the only thing I've done to it.

I was looking at print samples for color laser printers recently and was pleasantly surprised. I've been put off by the high cost of consumables, but again there are alternatives to make things more palatable. So, I settled on a new M254dw HP color laserjet that I ordered online for a little over $200.

The M254dw is a very compact wireless and duplexing color laser printer. It is a logical upgrade to my aged HP 1320. So far I am very happy. The HP consumables are about $300! Thankfully there are third party options for about a two thirds of that.

Since my HP 1320 was still working fine, I decided to move it to my Server (aka laundry) room and hook it up one of my QNAP servers. QNAP's OS is incredibly full featured and it was truly a plug and play experience of connecting the USB 1320 to the QNAP. The Server immediately recognized the printer and setup a print queue that was accessible over my network.

I was able to quickly configure a printer connection from my main computer to the new QNAP print queue. This computer already had drivers installed for the 1320 so it was quite easy to redirect to the printer now on the network.

The trouble started to come when I attempted to attach various laptops I have to the newly created print server.

Unfortunately, the drivers for the HP 1320 are no longer in the default Windows 10 distribution. Supposedly you can download drivers using Windows Update but every time I have tried this Windows Update says it is unavailable?

I spent a lot of time searching drivers or other ways to solve this problem. I looked at things like Apple's Bonjour which looked promising but in the end did not work. I scoured HP's website which has its own issues and downloaded their supposed drivers which all did not work. HP could probably provide a generic driver that would work, but obviously they are not motivated to do this for a 14 year old printer? I also looked at Microsoft Update CAB files but found that the DSIM command line install method does not work for Printer drivers?

Finally, I stumbled upon a solution that I will document here.

In this instance, you need an existing computer with working drivers for the printer in question installed and working. If you don't have this, you will probably have to connect the printer directly to the USB port of a computer and let windows install drivers. Once this is done you can proceed.

You need to run the Microsoft Management Console (MMC). Type Windows Key+R and type MMC and hit enter. Next, you need to install the printer plugin and then export the installed printers to a file. The details may be read here.

Once you have this file you can take it from computer to computer and do an import into MMC to install your printers. Simple in the end but very frustrating in finding this solution. I believe this is the definitive way to install an old printer into the latest version of Windows.

Addendum: I just discovered that the the Print Management Snap In is missing from Windows Home. So this solution only works with Windows Pro. Sigh.
Posted by Chris at 10:44 AM

Having any problem in the printer such as How To Connect an HP Wireless Printer with Windows 10 then, get help from the ET Solutions LLC so that you can easily use your printer.

Thanks for sharing the updates of printer. If you are facing any issues of How Do I Get My Printer Online then, get it resolved from the experts.

Finally, do not forget about the which printer is best for home use speed of each page, data that all printers offer although for the home user, and except for specific cases, it is not excessively decisive